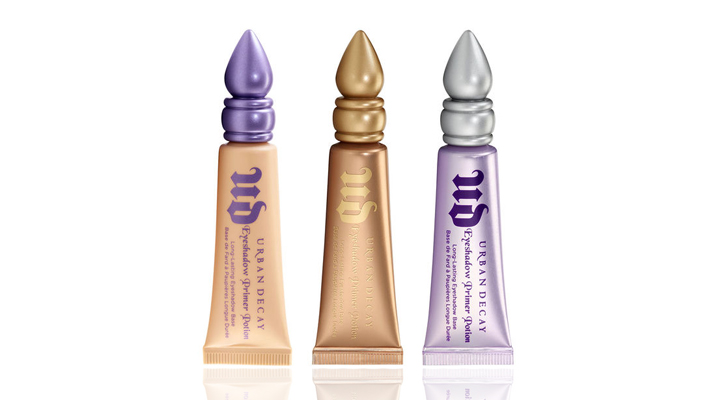 I think one of my better traits is that I can admit when I’m wrong. Just yesterday, in fact, I told my three year old I was wrong, and she was right—that yes, if she’s Peppa, than I really am just like like Mommy Pig.

To my big girl’s after school art teacher, I recently admitted “I made a mistake. I totally forgot about class. That’s why Julia was absent.” Sorry. I was wrong. I can say these words.

So I am saying them to you now: I am sorry about:

A: Not telling you about this eyeshadow primer sooner

B: Telling you this one was best.

Because it’s not. Urban Decay’s is. By a landslide.

I wasn’t even looking for an eyeshadow primer. But I read an interview with Urban Decay’s rocking’ cool founder, Wende Zomnir, and she was asked if she had a favorite product in her line and she said this one—because it works and she’s just so damn proud of it. Then, that very same week, I went to Sephora for a refill of one of my favorite concealers, and lo’ and behold, they were offering  tiny, cute samples of the UD Primer Potion for just 50 Insider points.

In the simplest terms, this primer does exactly what it says it does. And I don’t even know how. The results are actually stunning. Your eyeshadow just DOESN’T BUDGE. Shimmer stays shimmery. Depth of color doesn’t fade.  Not in the least. I’m good, as in, there is no touch up needed, from 8 a.m. until bedtime. That said, the product actually claims it helps eye makeup stay put for 24 hours.

(For those of you who need that kind of longevity for your smokey eye, all the more power to you.)

I’ve been using the original formula, which has no color. However, I plan to pick up the tinted versions, which can double as a subtle wash of color as well as a highlighter.