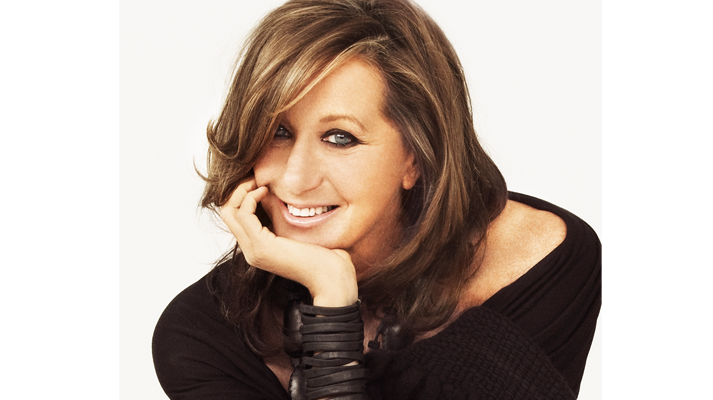 Exactly one month after I gave birth to my first daughter, I was offered the cover story of Hamptons magazine. An interview with Donna Karan. I was leaking milk, overwhelmed, sleep-deprived and 30 pounds over weight. I was so post-partum, I almost said no. But in one of my first true motherhood moments, I thought, someday my daughter will see this. I took the job.

I met Donna on the rooftop garden of her Urban Zen Center. A true oasis in the midst of New York City’s West Village. Karan was in the early stages of launching Urban Zen at that point, and she was alight with energy. She was on the cusp of doing something that had never been done: creating a non-profit that would integrate mind-body care into the healthcare of the terminally ill. She was about to change the landscape of medicine. After watching her beloved husband, artist Stephen Weiss, die of cancer, starting Urban Zen was her passion. I remember her telling me she wanted cashmere blankets in hospitals. But more than that, she envisioned nurses trained in therapeutic massage, nutrition, and eastern healing processes. She wanted to help doctors treat the patient, not just the disease. The Urban Zen Integrative Therapy (UZIT) program was born. Today, the UZIT training program is in hospitals and universities and has partnered with some of the biggest cancer and children’s hospitals across the country. It’s truly changing the lives of both patients and caregivers.

Urban Zen has two other major initiatives: preserving global cultures and empowering children. For Haiti, in particular, with it’s Hope, Help and Rebuild Haiti initiative, Urban Zen has helped the small country get back on its feet, with it’s roots intact. But Karan travels extensively around the globe, falling in love with suffering cultures, discovering artisans and bringing their work to the U.S. in an effort to help boost their local economies. You can see the elaborate bead, stone and wood work curated in her one of a kind Urban Zen boutique, along with the most gorgeous clothes and furniture.

Urban Zen’s children’s initiatives team with existing organizations, like Spirituality for Kids, to “educate kids beyond academics, to care for children’s well-being in ways that give them the tools to face obstacles and opportunities with love, compassion and strength.” I understand the importance of that initiative now more than ever before.

Donna Karan has a singular way of being an artistic thinker, a compassionate game-changer and an inspiring leader. I’ll never forget how present she was, how kind and generous—and how she shared her passion for motherhood with me that day. Her maternal force is so often her guide.

If you live in New York City, I urge you to check out the Urban Zen Center. It’s not only a beautiful refuge from city life, but it has a rich calendar of events open to the public.